Home sales on the rise 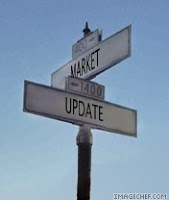 This is the third consecutive month of improvement since January when total sales were down 35% compared to the year before. Prices have also seen improvement; average price of homes sold from January to April is $207,591, down only 1.8% from the same period last year.

New tax credits and programs allowing homebuyers to draw money from their RRSP for home purchases were a big driving force in the market - attracting first-time homebuyers. And with London's diverse economy, we've been more insulated from a sharp downturn in house prices hitting some other cities such as St. Thomas. Heavily dependent on the auto industry, they're really feeling the pinch with a 27% drop in sales in April, compared to same month last year.

Home sales are important economic generators in themselves. A new national study shows each home sale generates $46,400 in additional spending on furniture, appliance, and renovation moving and legal fees. Past recessions have shown that real estate sales typically rebound before the job market and general economy.
Posted by Tom Dampsy at 3:20 PM

It is interesting to see that even as far back as May 2009 the market was showing signs of recovery. It also appears that it was not only London that was showing such signs. For example, realty in Calgary saw a price increase during May 2009, which is another good sign that sales were increasing. Overall it looks like the impact of the recession may have been relatively small in the Canadian real estate market as seen by the evidence of a recovery so soon after the market crash.