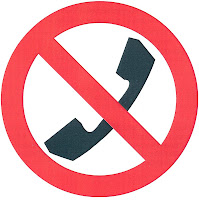 As such, the Canadian Radio-television and Telecommunications Commission (CRTC) are unable to stop any calls coming from outside of Canada since it is out of their jurisdiction. When asked about what actions CRTC would take against telemarketers overseas, CRTC responded by saying they will take all complaints seriously and conduct investigations if an individual or organization is misusing the list. While CRTC is unable to stop incoming calls, they have the right to impose penalties in the form of fines ranging from $15,000 per call against a company or $1,500 per call against an individual. However, fines can go as low as one cent per call also.
Posted by Tom Dampsy at 12:26 PM

Great article. Thanks for the info.

Yes, wonderful article. Thanks for the update! I too registered on the DNCL and have noticed an increase in US telemarketers.